What a Helicopter Crash Taught me about Focus 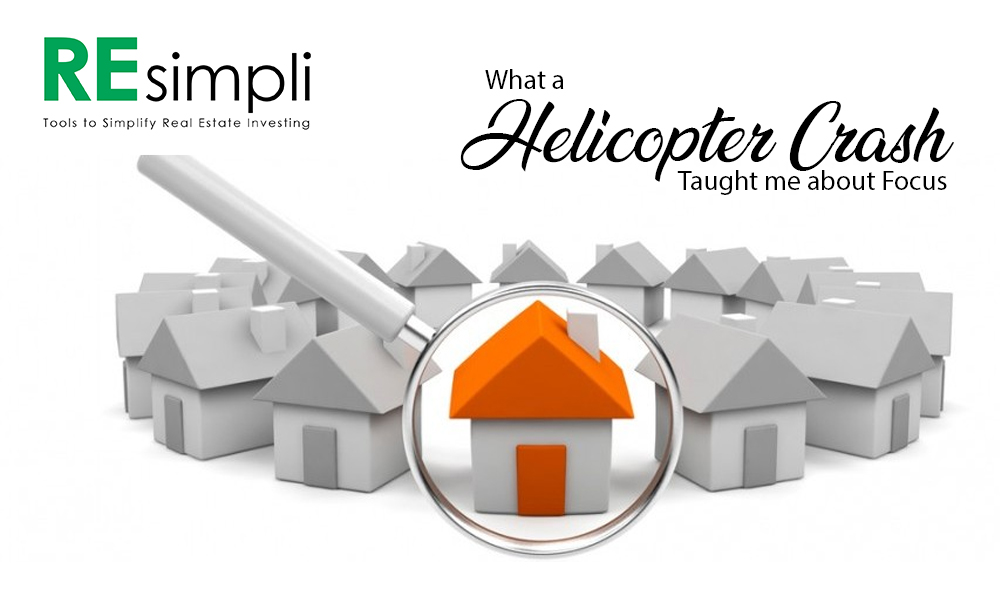 On a warm summer afternoon in 2017, I found myself in the left seat of a cherry red Robinson R44 Raven II helicopter, 350 feet above moderately dense timber country in the beautiful Mission Valley of Northwest Montana. The only problem was, we were doing out-of-control clockwise spins and the treetops were coming closer. If you remember the crash scenes of Black Hawk Down…it was like that, except no one was shooting at us, and the tail wasn’t on fire. In a few seconds, we were going to be just as dead, however, if my longtime friend sitting next to me, (let’s call him Dave) didn’t figure out fast how to stop the merry-go-round.

As Dave was smashing a left pedal that was giving him no response and working the collective like a mad-man, I was making exit plans. Dave timed the spins and then dropped us fast into a clearing between the fir trees and somehow stuck the crash landing like a gold-medal gymnast – rotor up and skids down.

I don’t know much about helicopters but one thing I do know is you don’t want to loiter around in them any longer than necessary after crashing because they tend to want to do weird things when they hit the ground like blow-up or turn themselves into giant weed-whackers. So, with av-gas pouring out onto the ground and the main rotor spinning, I looked to my left and saw a welcoming patch of pasture grass in the sunlight 50 yards away and decided that is where I needed to be – immediately. So, I unbuckled, ducked, and ran until I was clear of the blades and knew that I’d live another day. Fortunately, Dave only suffered some compression disk fractures and a cracked sternum and I got away with some badly sprained ankles. It easily could have been much worse for both of us. Dave literally saved our lives by getting the wounded bird on the ground, upright and in one piece.

Here’s what I found when I examined the crash site the next day – the rotor blades had chopped down some young saplings that had grown directly in line with my dash to safety. Those saplings where chopped off at about 5’-10” off the ground and I’m 6’-0” tall. So how close was my head to those spinning blades as I ran under them? I don’t know…but I do remember being aware of the blades even while staying focused on the patch of pasture grass during my short sprint. I knew the blades had to be respected, but when I saw the goal beyond the blades, decision making became very easy – duck really low, and run for your life.

So, what does this have to do with real estate investing? Not much so far, but here’s a take-a-way: As investors, we must always keep the focus on our goal. We can’t, however, forget about the external threats that could take us out, like market swings, global conflicts, natural disasters, and unfavorable policy changes.

It’s tempting to start focusing on the external threats but that will either kill momentum or keep us from ever even starting. Blocking them out of our consciousness, however, could give us a bad haircut…or worse. Keeping the focus on the goal will give us purpose and clarify decision-making like that patch of grass did for me. So, let’s be goal-focused, threat-aware, clear-minded, and trusting that we’ll figure the rest out on the fly.